On Sunday 10 October the Dutch theatre director Jan Ritsema (Amsterdam, 1945) passed away. Ritsema was much more than a director, however. He was also a publisher, bookseller, dramatist, theatre teacher, actor and dancer, and above all a mentor and coach for many artists.
Anne Teresa De Keersmaeker and Rosas lose a colleague and friend, PARTS loses a teacher and pedagogue pur sang.

At the end of the seventies, Jan Ritsema opened the International Theatre Bookshop, on the Leidseplein in Amsterdam, near the entrance of the Stadsschouwburg. He would publish more than 400 theatre texts. In the 1980s, he himself directed a series of special performances that all belong to the canon of the new Dutch theatre of that time: U bent mijn moeder (You are my mother) and Adio, both with Werkteater, and Het, with Maatschappij Discordia. In 1984, the city of Amsterdam awarded him the Albert van Dalsum Prize for his direction of Adio, but he declined. “Prizes are there to bury you”, he stated.

He was involved in founding the Dutch company Mug met de Gouden Tand, and stood alongside Gerardjan Rijnders in the formation of the Netherlands' largest company Toneelgroep Amsterdam.

From the end of the 1980s, Brussels in particular became his workplace. He was to become artist in residence at Hugo De Greef's Kaaitheater, then still a theatre organisation without its own theatre. Jan Ritsema became the director of a series of pioneering productions. There was always a meticulous textual language and intellectual bravura, but also astute observations, actors who pushed their limits, and a kind of loose imagination. The solo Wittgenstein Incorporated (1989), built around a number of lectures by the philosopher, and fabulously performed by Johan Leysen, is a milestone in our theatre history. Many more so-called 'difficult texts' would follow, including Trio in mi-bémol (1991, Eric Rohmer), De Opdracht (1992, Heiner Müller) and Kopnaad (1995, Stefan Hertmans). "In all his actors, Jan Ritsema is in search of the fast, agile, brilliant thinking", wrote Marianne Van Kerkhoven.

In 1994, Ritsema made the controversial Philoktetes Variations with the American actor Ron Vawter, founder of The Wooster Group, in which Vawter, who suffers from AIDS, openly showed the spots on his sick body on stage.

PARTS opened its doors in 1995. Jan Ritsema became our head of theatre training. Together with him, we drew up a policy for the theatre lessons. Every year, he led a five-week workshop for a group of about 10 to 12 students. He would continue to do so for a dozen years. In his classes, Jan was a guiding teacher, someone who helped students find their own voice. He did not want to speak from a position of power, he wanted to speak together. He was ruthless in his criticism of students who did not fully commit themselves, who hid themselves. He had no understanding for excuses, we are who we are and from there we build up self-confidence. That is the source of all action and all art, far away from models and compelling examples. "In an art education community everyone should be an exception," he said.

From his excellent relationship with all students, Jan soon became a highly sought-after and valued mentor for students who wanted to concentrate on developing their own art practice. Jan was not an easy coach. He would never not say what he thought, and that analysis often came across as harsh. He shuddered at the thought of l'art pour l'art and was always looking for essence. From what urgency does the student make his work? Why does he/she want to dance or perform at all? The questions were never easy, the answers always difficult. But Jan retained the student's confidence in all circumstances. His optimism was contagious, there was always a way to better and sharper and more personal, and together they could find it.

We often had meetings together at the school. To talk about our project, to evaluate students, to select new students. Jan Ritsema had the gift of being strict and generous at the same time. He had a great love for all students, but that never prevented him from pointing out a student's shortcomings without hesitation. Jan was always the thinker and doer, certainly also the teacher, as someone who shared his own insights eloquently with everyone around the table. Countless are the difficult policy discussions or fragile student evaluations in which Jan steers the conversation in a different direction, brings in new perspectives, gives it a completely different turn. He had an enormous capacity to think out of the box. It often helped us to keep our project sharp and to take it to the next level.

We have come to know Jan Ritsema as a very committed person, always thinking things through, also as a cheerful, pleasant and hyper-direct man. No nonsense. His positive attitude towards students, teachers and staff was much appreciated. His warm and uninhibited laughter was blissful. And he was audacious. He made students push their boundaries, as he also constantly pushed his own boundaries.

In 2001, when he had already been with PARTS for several years, Jan surprised everyone with Weak Dance Strong Questions, a dance duet with Jonathan Burrows. At the age of 56 he created his first dance performance. For many this became a reference performance, focusing on the essence of dance. It would be followed by Olivier Messiaen's contemplative Quatuor pour la Fin du Temps and several collaborations with Jonathan Burrows, Boris Charmatz, Xavier Le Roy and Meg Stuart.

Fifteen years ago, Jan Ritsema acquired, using only his own funds, a large monastery with sixty rooms in the French village of St-Erme, between Reims and Laon. It was to be his last great life's work. Jan founded the Performing Arts Forum (PAF) there. It took a while before he was able to persuade people to come to this godforsaken place, but now there are 1,200 artists and thinkers there annually, often coming to work for several weeks. Self-organisation is the key word, far away from all hierarchical thinking. Today, PAF is the joint property of 50 residents. They will make sure that Jan's life's work has a bright future.

In PARTS, Jan laid the building blocks that still define our house today. All of us who have ever crossed Jan in our school grieve and miss him. We have lost a friend.

Last Monday we saw each other for the last time.
Wherever you are now, I think back to then.

You started to recite "Shall I compare thee to a summer's day?”
But further on in the sonnet of William Shakespeare, the words would sometimes falter.

I could help.
You found the words.
Together we remembered.

Shall I compare thee to a summer’s day?
Thou art more lovely and more temperate:
Rough winds do shake the darling buds of May,
And summer’s lease hath all too short a date;
Sometime too hot the eye of heaven shines,
And often is his gold complexion dimm'd;
And every fair from fair sometime declines,
By chance or nature’s changing course untrimm'd;
But thy eternal summer shall not fade,
Nor lose possession of that fair thou ow’st;
Nor shall death brag thou wander’st in his shade,
When in eternal lines to time thou grow’st:
So long as men can breathe or eyes can see,
So long lives this, and this gives life to thee.

Some stupid people still think this is about romantic love, you said. 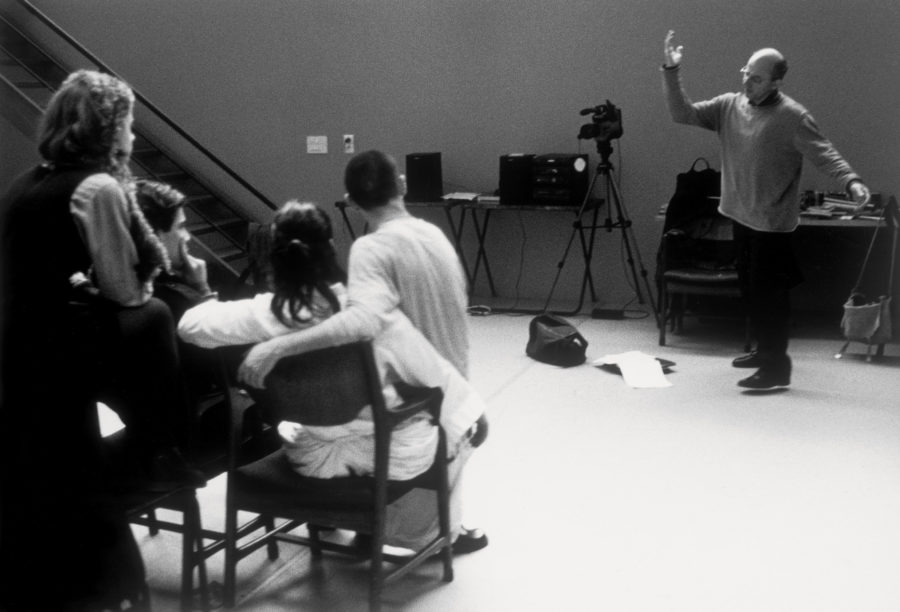